Giving Up and Giving In 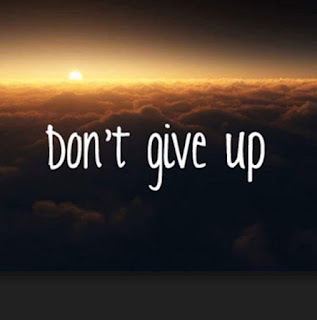 "It is more blessed to give than to receive."
Acts 20:35
"Never give up and never give in"
"Winners never quit and quitters never win."
Both those axioms have been around for a long, long time. I used to hear both of them quite frequently in my younger days. Not so much any more.
Perhaps it is because so many people have given up, and have quit playing by the rules. In their minds winning isn't all it's cracked up to be.
Some prefer to put the shoe on the other foot, and instead of striving to excel at being a good person, they find more glory in being the bad guy.
I saw that develop when I used to watch All-Star Wrestling. In the beginning, everyone rooted for the good guy and hissed the bad guy. If ever the bad guy beat the good guy, it was a shame. (Even 'shame' doesn't mean what it used to mean!)
Then, somewhere along the line, people decided that they wanted to root for "The Dark Side".  As the world's population grew, so did the desire among many to use the crowd as their cover ("hiding in a crowd"), while seeing what they could get away with without getting caught. It didn't take long for those who chose to walk on the 'dark side' to start banding together and pushing the boundaries to the breaking point.
They even made people who preferred 'goodness and light' afraid to speak out against the darkness, by  threatening them with harm. It worked! People no longer spoke out when they witnessed others doing bad things, for fear of being the next victim! They 'gave up' upholding what is right and 'gave in' to their fears of the darkness. They quit caring about 'right and wrong'. As a result, they lost their integrity and personal freedom. They stopped being winners and became losers.
When we give up and give in to the darkness, we stumble and lose our way. We lose all sense of right and wrong, of integrity and decency. We degrade not only our own self worth, but also the value and worth of society as a whole. History bears this out. The Roman Empire and many other "Great Empires" started out as a crusade of justice and honor, only to fall prey to the very immorality and incivility they originally sought to build and uphold.
Over the eons, much blood has been shed and countless lives have been lost. The war between darkness and light rages on and on, seemingly without end. Even so, there are those of us who have hope in a final outcome, where light overcomes the darkness. 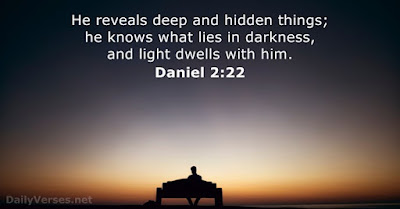