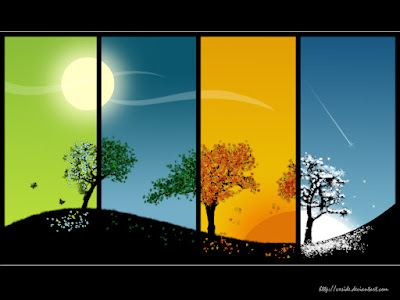 To every thing there is a season, and a time to every purpose under the heaven.
Ecclesiastes 3:1 (KJV)

In the bible, many people were called by God to do specific things.
Additionally, there were specific instructions and rituals that were to be observed by God's people. Such as;
These were all specific instructions for specific people in specific situations. Many of those instructions no longer apply and are no longer practiced, even by those who are of Hebrew/Jewish descent.
Stoning, for example, is no longer practiced as it was required in Old Testament times. [NOTE: while stoning is still practiced by some people in the Middle East and elsewhere, it is no longer practiced by those who adhere to the Tanakh.]
Some early followers of "The Way" were empowered with certain gifts, such as speaking in tongues, healing, discernment of spirits, and so forth. Others were appointed service tasks that would help to meet the needs of the body, as well as the needs of orphans and widows.
Much of what we read in the Bible regarding certain people and situations was specifically addressed to those people and situations, because it met them where they were at. It was pertinent to their time and their culture. Does that mean there is nothing to be gleaned from what was recorded? Of course not! We can learn much from recorded history. Especially from the history of God's chosen people. But not everything in the Bible is applicable to us, today.
Misapplication of biblical text does more harm than good.
Frequently I see people taking Bible passages out of context (from both the Old and New Testaments) and misapplying them to people and situations today. This often results in new meaning being applied to the text that was never there in the first place!

Remind them of this, and charge them before the Lord to avoid disputing about words, which does no good, but only ruins the hearers.

Do your best to present yourself to God as one approved, a workman who has no need to be ashamed, rightly handling the word of truth.

Avoid such godless chatter, for it will lead people into more and more ungodliness, and their talk will eat its way like gangrene. Among them are Hymenae'us and Phile'tus, who have swerved from the truth by holding that the resurrection is past already. They are  upsetting the faith of some.

But God's firm foundation stands, bearing this seal: "The Lord knows those who are his," and, "Let every one who names the name of the Lord depart from iniquity."

"A text without a context is a pretext for a proof text."

It is a dangerous thing to take a single text from scripture and make a doctrine from it, especially if that passage has been read out of context.

Just think for a moment about the impression that those who are not Christians get of us when they witness us being divisive over trivial words and things. How much pleasure Satan must get when we argue among ourselves over doctrines and words when it is the simple gospel message that the world needs to hear and by which they are saved. If we can not speak to each other with kindness and love, then our faith and testimony will appear to be hypocritical to others. We are commanded to love one another, we are not licensed to berate or be hateful to anyone.

As a believer and follower of Christ, what is your first thought when a troublesome situation arises?
Post a Comment
Read more

Who is God and Why Should I Care

Who or what do you conceive God to be? The main qualities or characteristics we ascribe to God are called His attributes.  God's attributes are not of concern to theologians alone. Every person's concept of God is bound to influence his or her life and decisions. For instance, if you are completely convinced that God is omniscient (knows all things perfectly), then you are more likely to follow scriptural guidelines for living than if you thought that God was wise, but limited, and therefore human beings must decide moral issues as best they can. In every way, what you and I think of God is going to shape the way we live our daily lives.  While some of God's qualities are similar to human qualities (God has emotions, thinks, decides, and acts), other qualities have no analogy in the human personality (God is sovereign). Yet each of the major characteristics of God does have practical implications for you and me. What are the major characteri
Post a Comment
Read more