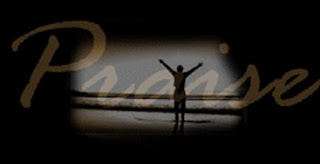 Psalm 47 envisions the whole world clapping and shouting
in praise and gratitude to the Lord.

Let Us Give Thanks
Thanklessness is all too common among humans. Rather than being grateful for the good gifts we have received from God, we often act as if we had a right to far more. Sometimes we even complain about the privileges and blessings God has given us, and we go to great lengths to obtain more, even coveting what is someone else's (compare James 4:1-3).

The Psalms help to combat such selfishness by calling us to give thanks to the Lord (Psalm 136:1). They do that by:

And lest we minimize the importance of offering heartfelt thanks to God, Psalm 106 illustrates the dangers of forgetting. It reviews Israel's history of faithlessness, from unbelief in Egypt to idolatry in the Promised Land. The psalm ends with a plea for God to save His people in order that they might give thanks to His holy name. We can avoid great pain and loss by living thankful lives before the One who provides us with life and all that we have.

Cheering for God
Anyone who has ever attended an event where a large crowd of people was gathered-a sports contest, a parade, a concert-knows how thunderous the applause and shouts of an audience can be. Thousands of people acting together can generate a lot of noise, because there is tremendous power in the collective voice of a crowd.

Psalm 47 envisions the whole world clapping and shouting in praise and gratitude to the Lord (Psalm 47:1). Imagine what a deafening din that would be! God (and God alone) deserves that kind of honor, for He is the Lord Most High, the great and awesome King who rules over all the earth, over all its peoples and nations (Psalm 47:2-3).

Do you give God the respect and praise to which He is entitled?

Praise Rather than Pride
How do you handle success or achievement? Do you automatically expect to receive credit, acclaim, or acknowledgement for all that has been accomplished and even engineer ways to ensure that you get them?

David celebrated his victory over his enemies' oppression by praising the Lord for deliverance, not by claiming that he himself had achieved it (Psalm 18:46-50). He gave the glory to God.

David had been severely persecuted by King Saul, who was eaten up with fear that David was out to capture the throne. Saul's vengeful and vicious campaign drove David into hiding, fearing for his life (1 Samuel 18-24). So when the Lord delivered David from this mad campaign against his life, he responded by composing this psalm of praise. David had no illusion that somehow his own ingenuity had delivered him. Only God had preserved his life.

Are there situations in your world that tempt you to take all the credit for outcomes rather than giving glory to God? In what ways might you give Him a gift of praise or thanksgiving?