What About God's Judgment and Condemnation? 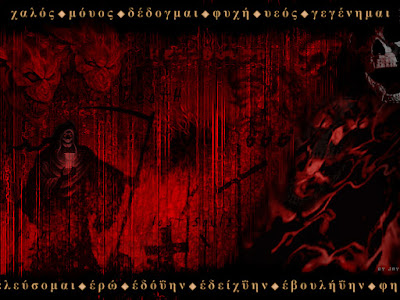 Why should I worry about God's judgment and condemnation if I'm a moral person who hasn't committed any serious sins?

This question is a common response when people are confronted with the Gospel of Christ. They know they are sinners, but they comfort themselves with the thought that they are no worse than most people. In spite of their sins and shortcomings, they may try to live by a consistent set of moral values. As long as they have standards and try to be consistent to them, they assume that they are all right from God's perspective, or at least as good as anyone else.

Although this reaction is typical, it's wrong. Being a moral person excludes no one from the need for God's grace. Most people consider themselves moral. Even monsters like Stalin and Hitler had rationalizations to justify their atrocities. If they didn't have moral standards to lend some consistency and predictability to their behavior, they would never have been able to attract followers and create a political power base. Everyone knows that there is honor among thieves or criminals wouldn't be able to cooperate. Even the most ghastly cannibals or ruthless pirates have certain moral standards.

People who ask why God would condemn them for being no worse than other people haven't taken into account the fact that evil has contaminated every member of our race. They also don't see how seriously the cumulative effect of individual sin has corrupted human society. Consciousness of sin is a gift of God's Spirit, but it is a gift that we don't naturally want to receive. Although consciousness of sin is necessary for repentance, salvation, and spiritual growth, consciousness of sin also involves suffering.

Isaiah was one of the greatest of the prophets and one of the most gifted writers of Scripture. His giftedness was a sign of divine honor and blessing, but he paid a price for it. He was given an overwhelming vision of God's holiness. But he was also given the agony of being aware of his own sinfulness and of the sinfulness of his people:

Few of us attain the infamy of a Hitler, a Pol Pot, or an Idi Amin. But the sin in each of our lives contributes to an evil world that brings such monsters to power.

Each of us is so disfigured by sin that it isn't surprising we don't want to acknowledge our ugliness. We can only begin to see ourselves objectively with God's supernatural help.

God’s Wrath Against Mankind
The wrath of God is being revealed from heaven against all the godlessness and wickedness of men who suppress the truth by their wickedness, since what may be known about God is plain to them, because God has made it plain to them. For since the creation of the world God’s invisible qualities—his eternal power and divine nature—have been clearly seen, being understood from what has been made, so that men are without excuse.

For although they knew God, they neither glorified him as God nor gave thanks to him, but their thinking became futile and their foolish hearts were darkened. Although they claimed to be wise, they became fools and exchanged the glory of the immortal God for images made to look like mortal man and birds and animals and reptiles.

Therefore God gave them over in the sinful desires of their hearts to sexual impurity for the degrading of their bodies with one another. They exchanged the truth of God for a lie, and worshiped and served created things rather than the Creator—who is forever praised. Amen.

Because of this, God gave them over to shameful lusts. Even their women exchanged natural relations for unnatural ones. In the same way the men also abandoned natural relations with women and were inflamed with lust for one another. Men committed indecent acts with other men, and received in themselves the due penalty for their perversion.

Furthermore, since they did not think it worthwhile to retain the knowledge of God, he gave them over to a depraved mind, to do what ought not to be done. They have become filled with every kind of wickedness, evil, greed and depravity. They are full of envy, murder, strife, deceit and malice. They are gossips, slanderers, God-haters, insolent, arrogant and boastful; they invent ways of doing evil; they disobey their parents; they are senseless, faithless, heartless, ruthless. Although they know God’s righteous decree that those who do such things deserve death, they not only continue to do these very things but also approve of those who practice them.

God’s Righteous Judgment
You, therefore, have no excuse, you who pass judgment on someone else, for at whatever point you judge the other, you are condemning yourself, because you who pass judgment do the same things. Now we know that God’s judgment against those who do such things is based on truth. So when you, a mere man, pass judgment on them and yet do the same things, do you think you will escape God’s judgment? Or do you show contempt for the riches of his kindness, tolerance and patience, not realizing that God’s kindness leads you toward repentance?

But because of your stubbornness and your unrepentant heart, you are storing up wrath against yourself for the day of God’s wrath, when his righteous judgment will be revealed. God “will give to each person according to what he has done.” To those who by persistence in doing good seek glory, honor and immortality, he will give eternal life. But for those who are self-seeking and who reject the truth and follow evil, there will be wrath and anger. There will be trouble and distress for every human being who does evil: first for the Jew, then for the Gentile; but glory, honor and peace for everyone who does good: first for the Jew, then for the Gentile. For God does not show favoritism.

Why not accept 'The Gift of God's Grace' right now?