Pierced for Our Rebellion 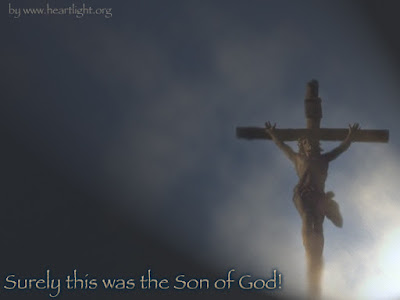 He was pierced for our rebellion, He was crushed for our sins.

He was despised and rejected—
a man of sorrows, acquainted with deepest grief.
We turned our backs on him and looked the other way.
He was despised, and we did not care.
Yet it was our weaknesses he carried;
it was our sorrows﻿ that weighed him down.
And we thought his troubles were a punishment from God,
a punishment for his own sins!
But he was pierced for our rebellion,
crushed for our sins.
He was beaten so we could be whole.
He was whipped so we could be healed.

All of us, like sheep, have strayed away.
We have left God’s paths to follow our own.
Yet the Lord laid on him
the sins of us all.
He was oppressed and treated harshly,
yet he never said a word.
He was led like a lamb to the slaughter.
And as a sheep is silent before the shearers,
he did not open his mouth.

Unjustly condemned,
he was led away.
No one cared that he died without descendants,
that his life was cut short in midstream.
But he was struck down
for the rebellion of my people.
He had done no wrong
and had never deceived anyone.
But he was buried like a criminal;
he was put in a rich man’s grave.

I will give him the honors of a victorious soldier,
because he exposed himself to death.
He was counted among the rebels.
He bore the sins of many and interceded for rebels.
--Isaiah 53.3-9,12 NLT

In Isaiah 53, with clarity and specificity, is a haunting prediction wrapped in exquisite poetry. Here was the picture of a Messiah who would suffer and die for the sins of Israel and the world - all written more than seven hundred years before Jesus walked the earth.

It has been calculated that the chances of Jesus fulfilling just eight prophecies is one chance in one hundred million billion. Jesus fulfilled 330 specific prophecies pointing to the Messiah. The odds alone say it would be impossible for anyone to fulfill the Old Testament prophecies. Yet Jesus, and only Jesus - THROUGHOUT ALL OF HISTORY - managed to do it.