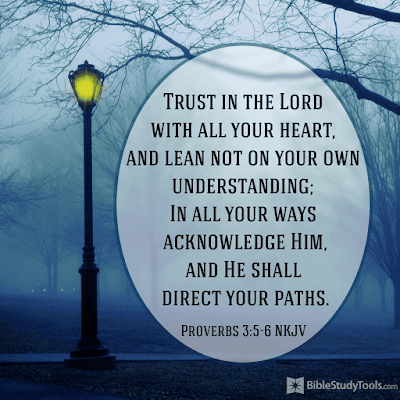 Although powerful, our feelings must learn to follow our beliefs, not conjure them. We cannot entrust the truth to fickle emotions. --Daniel Patterson

In his first Epistle to Timothy, Paul's "true son in the faith," he wastes no time getting to the reason and point of his letter.

Warning Against False Doctrine
3 As I urged you when I went into Macedonia, continue to remain at Ephesus so that you might command some to teach no other doctrine, 4 nor pay attention to fables and endless genealogies, which cause debates rather than godly edifying, which is in faith. 5 Now the goal of this command is love from a pure heart, and from a good conscience, and from sincere faith. 6 From this, some have lost their way and turned aside to empty talk, 7 desiring to be teachers of the law, and understanding neither what they say nor what they affirm.

8 But we know that the law is good if someone uses it lawfully. 9 And we know that the law is not given for a righteous person, but for the lawless and disobedient, for the ungodly and for sinners, for the unholy and the profane, for those who kill their fathers and mothers, for murderers, 10 for the sexually immoral, for sodomites, for slave traders, for liars, for perjurers, and for anything else that is contrary to sound doctrine, 11 according to the glorious gospel of the blessed God, which was committed to my trust.
1 Timothy 1:3-11 Modern English Version (MEV)

The text quoted above says it all, and no further elucidation should be needed. Yet a look at all the divisive, non-salvific teachings among those who claim to be in Christ, and the ruination those teachings cause, demonstrates that not much has changed since Paul first composed his letter to Timothy.

Even more heartbreaking is the fact that those who firmly uphold such non-salvific teachings ("doctrines of men" cf. Matthew 15:9) not only believe that they are imperative doctrines, but they are so adamant about such teachings that they wrongfully judge and hatefully disassociate themselves from those who do not agree.

In James' Epistle, he states that if we claim to be religious, but don't control our tongue, then we are fooling ourselves, and our religion is worthless.  (cf. James 1:26)

He also says that we must all be quick to listen, slow to speak, and slow to get angry because our anger does not produce the righteousness God desires. (cf. James 1:19-20)
He even goes so far as to say:

...not many of you should become teachers in the church, for we who teach will be judged more strictly. 2Indeed, we all make many mistakes. For if we could control our tongues, we would be perfect and could also control ourselves in every other way. 3We can make a large horse go wherever we want by means of a small bit in its mouth. 4And a small rudder makes a huge ship turn wherever the pilot chooses to go, even though the winds are strong. 5In the same way, the tongue is a small thing that makes grand speeches. But a tiny spark can set a great forest on fire. 6And the tongue is a flame of fire. It is a whole world of wickedness, corrupting your entire body. It can set your whole life on fire, for it is set on fire by hell itself.

7People can tame all kinds of animals, birds, reptiles, and fish, 8but no one can tame the tongue. It is restless and evil, full of deadly poison. 9Sometimes it praises our Lord and Father, and sometimes it curses those who have been made in the image of God. 10And so blessing and cursing come pouring out of the same mouth. Surely, my brothers and sisters, this is not right! 11Does a spring of water bubble out with both fresh water and bitter water? 12Does a fig tree produce olives, or a grapevine produce figs? No, and you can’t draw fresh water from a salty spring.

13If you are wise and understand God’s ways, prove it by living an honorable life, doing good works with the humility that comes from wisdom. 14But if you are bitterly jealous and there is selfish ambition in your heart, don’t cover up the truth with boasting and lying. 15For jealousy and selfishness are not God’s kind of wisdom. Such things are earthly, unspiritual, and demonic. 16For wherever there is jealousy and selfish ambition, there you will find disorder and evil of every kind.

17But the wisdom from above is first of all pure. It is also peace-loving, gentle at all times, and willing to yield to others. It is full of mercy and good deeds. It shows no favoritism and is always sincere. 18And those who are peacemakers will plant seeds of peace and reap a harvest of righteousness.
James 3:1-18 (NLT2)

These admonitions from Paul and James make clear that getting caught up in the minutia of all the various non-salvific "doctrines of men" demonstrates a complete lack of agape love toward ALL believers in Christ.

And what did Christ have to say about such a mindset?