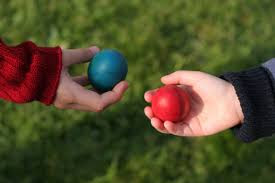 Ever had an offer that you decided to pass on?
"Thanks, but no thanks."

To "take a pass" is to refuse an opportunity involving something or someone; to decline; to say 'no.'


Have you ever passed up an offer and regretted doing so later on?

Or have you ever traded something you had for something someone else had, and later wish you hadn't?

For example, my wife and I received a set of stainless steel eating utensils as a wedding gift. We had them for a number of years and there was nothing wrong with them at all. Then one day, I convinced my wife that a set of utensils in the store looked better than the ones we already had. So we purchased the new set, and my wife sold the (gifted) set at one of our yard sales. Needless to say, the set sold quickly because someone swiftly recognized their quality and value!

A few months later, I began noticing how inferior the replacement set of utensils we bought was, in comparison to the set we had been gifted (and sold). I was not happy with myself for thinking the set that had been gifted to us, wasn't of value any longer.

Of course, that was not the first time in my life I had exchanged something of good value for something of lesser value, simply because I had decided that what I had wasn't as good as what I was trading for. Instead of trading up, as I initially thought I was, I was trading down. And I never realized it until the transaction had taken place and the deal was done.

How fickle we humans can be at times. Especially when those times are self-focused impulses that seem like a good thing at the time, but turn out to be disappointing or even injurious to ourselves and others. When I was growing up, such action was often referred to as, "shooting oneself in the foot." Why? Because when we realized our mistake, we felt foolish and remorseful.

Most times, however, we get over ourselves and move on. A lot of times we even forget our errors in judgment after a certain amount of time passes, and in our forgetfulness, we relapse and make the same mistake all over again.

According to the apostle Paul, the biggest mistake we can ever make in our lifetime, is to mistake the value of the eternal gift God's grace as an offer we can afford to pass on, in favor of pleasure and enjoyment we can have here and now. "Thanks God, but I think I'll pass on your offer of grace for something I can enjoy today."

18 For the wrath of God is revealed from heaven against all ungodliness and unrighteousness of men who suppress the truth in unrighteousness, 19 because that which is known about God is evident within them; for God made it evident to them. 20 For since the creation of the world His invisible attributes, His eternal power and divine nature, have been clearly seen, being understood through what has been made, so that they are without excuse. 21 For even though they knew God, they did not honor Him as God or give thanks, but they became futile in their speculations, and their foolish heart was darkened. 22 Professing to be wise, they became fools, 23 and exchanged the glory of the incorruptible God for an image in the form of corruptible man and of birds and four-footed animals and crawling creatures. 24 Therefore God gave them over in the lusts of their hearts to impurity, so that their bodies would be dishonored among them. 25 For they exchanged the truth of God for a lie, and worshiped and served the creature rather than the Creator, who is blessed forever. Amen.
Romans 1:18-25 (NASB) 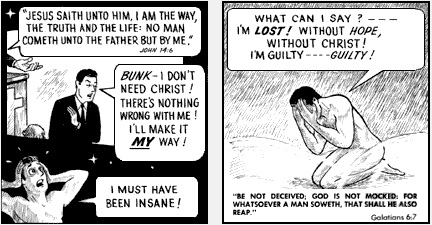