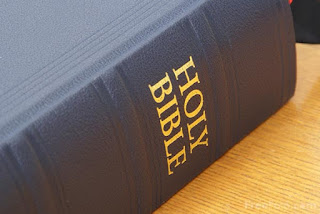 The Bible has been the world's best-selling book.

Since King James commissioned his masterpiece translation, archaeologists have unearthed Bible manuscripts much older than the ones that his translators used - up to a thousand years older. For example, some Old Testament texts from the renowned Dead Sea Scrolls [a library cache preserved in dry caves near Israel's Dead Sea] date as far back as about 200 years before Christ. Variation in the Scripture is surprisingly minor, which is a tribute to the care taken by copyists.

So far, none of the original Bible manuscripts have surfaced. But translators today make good use of the ever-emerging ancient texts, linking them with cutting-edge technology. To piece together brittle and broken fragments of leather scrolls, for example, some scientists are using DNA testing to determine what sections belong together.
Today there are countless millions, perhaps a billion or more, Bibles in homes throughout the world. At the moment, at least parts of the Bible have been translated into about 2,200 languages from Abau in Papua New Guinea to Zulgo in the Cameroon. Surveys report that in the United States nine out of ten homes have at least one Bible - and the average home has about six. These are just the printed Bibles. People can now choose from a staggering array of ancient and new Bible translations on computer, via electronic disks, online services, and the Internet. People can also listen to narrated tapes of Scripture.
For children, there are Bible stories in comic book style and other age-tailored editions. And for kids who would never consider curling up with the Good Book, there are Bible story cartoons and dramas, and even interactive Bible video games.
Adults, too, can choose Bibles targeting their interests. There are storybook Bibles for parents to read to their children, and devotional Bibles with inspiring articles for singles. Readers interested in studying the cultural background of each Bible passage can buy thick volumes such as the Nelson Study Bible, with 15,000 expository study notes based on the latest scholarship. The less scholarly, yet equally inquiring, can turn to the Word In Life Study Bible, designed for today's media-smart reader. In addition to in-text maps and charts, this edition contains hundreds of articles and features, including information on occupations in the Bible, geography and culture, and personality profiles.
The Bible has been the world's best-selling book since Johannes Gutenberg invented the printing press 550 years ago. With modern publishers producing niche editions that meet the spiritual needs of even the narrowest segments of the market, the Bible is likely one of the best read as well.
SOME FAMILIAR VERSIONS
King James Version 1611
American Standard Version 1901
Revised Standard Version 1952
Phillips: The New Testament in Modern English 1958
The Amplified Bible 1965
The Living Bible 1971
New American Standard Version 1971
Today's English Version (The Good News Bible) 1976
New International Version 1978
New King James Version 1982
New Revised Standard Version 1989
Contemporary English Version 1995.

NEXT: Some Sayings from the Bible