Who Can You Trust? 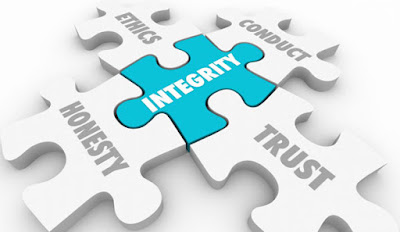 With all the chatter about "Fake News", it is becoming all the more difficult to trust in the multitude of information being thrust at us on a daily basis.

Long before radio and television, there was a popular saying; “Don’t believe everything you hear and only half of what you see!” The wisdom being that much of what you heard was either gossip, a half-truth, or an out-right lie, and that we have a tendency to “jump to conclusions” about a lot of things we see.
While the quotation may no longer be as popular as it once was, it is still good advice to live by today, especially when considering today’s information technology; more specifically, the Internet. There is so much “information” on the Internet today, that it is nearly impossible to not find a website on any given topic. With the plethora of information available on the Internet, a concerted amount of discernment must be applied when accessing any and all websites. For there is at least as much “misinformation” available, as there is good, reliable, trustworthy information. In fact, I would venture to say that there might even be more sites whose purpose it is to deceive than there are good, solid, reputable sites that genuinely seek to impart truth.
One thing for sure, just like fingerprints, the content of every site is different in one way or another. While many sites may have similar themes and some of the same content, there are glaring differences when it comes to a specific subject. Take, for example religious sites and scientific sites. No matter which specific topic you might choose, you will find many sites that either agree or disagree from one end of the spectrum to the other. Of note, both religious sites and scientific sites call for an additional dose of faith and discernment when examining their respective claims, as neither religion nor science is easily understood and readily grasped. Both have changed and evolved throughout the ages, according to what is popular and acceptable at the time. Equally, the devotees of religion as well as the devotees of science have been unable to learn all there is to know and neither has been able to hold to any one claim without more being revealed later, thus undermining the previously held conclusion(s).
Do you know why such is the situation as I have just described it? The answer is really quite simple. In fact, I’ve already stated the answer in the paragraph above. Do you see it? It is in the last sentence. We are unable to know all there is to know. We can learn much and we can imagine much, but our ability to know everything is limited. There is one caveat to all this, however (and for all of those who do not know – a caveat is a formal notice that an interested party files with the proper legal authorities, directing them to refrain from an action until the party can be heard; it is also a warning – and what I am about to say is both — a formal notice to be heard and a warning).
There is one who has all knowledge. He has revealed himself and made his existence known to all and sundry (everybody; one and all). Those who have acknowledged and accept his revelation as “Good News” have come to know a peace that passes all understanding (Philippians 4:7). Those who have rejected his revelation live a life full of doubt and uncertainty (Job 15:20-35), and are constantly seeking that which will satisfy their soul (2 Timothy 4:3-4).
There is only one person that we can place our complete trust in. We can trust him because of where he came from; because of what he did and said while he was here on earth; and because of what happened after he was nailed to a cross like a common criminal. And just because it has been a while since he was last here, does not mean he never really was here (John 20:24-29). Nor does it mean that he won’t be coming back anytime soon (2 Peter 3:8-9).

“Those who know your name trust in you, for you, O LORD, have never abandoned anyone who searches for you.” –Psalm 9:10 (NLT) 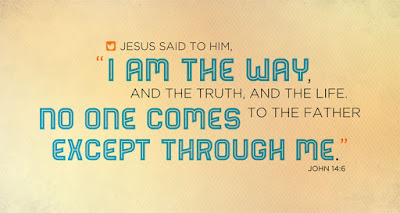