The Colors of Christmas 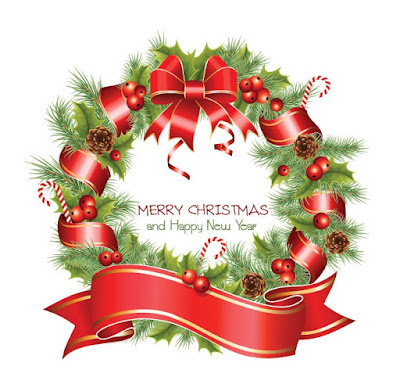 The Colors of Christmas are as celebrated and as awe-inspiring as are the colors of a rainbow.

Most people consider red and green as being the two basic, predominate colors of Christmas. But I submit to you that there are three colors that dominate the Christmas season; white, blue and red.

A “White Christmas” is what most Americans like to celebrate each year. Even if one does not live in a state where snow falls, it is the sentiment of the song, White Christmas, that many aspire to embrace during the holiday season.

A “Blue Christmas” is marked by sadness and/or disappointment at not being able to celebrate Christmas — for one reason or another — with those dearest to our heart. The sentiment expressed in the song Blue Christmas is a prime example.

A “Red Christmas” is one that is centered on the birth of Christ — the Son of God, the promised Messiah (deliverer) of Israel. The words to the song Joy to the World exemplify ‘the reason for the season’.

I refer to it as a Red Christmas for two reasons;

Generally speaking, a White or Blue Christmas is devoid of Christ — or at the least, Christ is not the main focus. Instead the focus is on the accouterments of the season.

If one is enjoying a White Christmas, one is generally filled with excitement and anticipation. The sights and sounds of the season bring out the inner child — filled with awe and wonder.

If one is experiencing a Blue Christmas, it is generally because they are unable to celebrate the season in a joyful manner for one reason or another. Either they are constrained from celebrating it at a desired location or with select individuals due to circumstances beyond their control. A sense of sadness permeates the holiday and makes it difficult to impossible to enjoy the holiday season.

A Red Christmas is focused on the original ‘reason for the season’ — the advent of Christ coming to earth to fulfill prophecy.

Advent is a season observed in many Western Christian churches as a time of expectant waiting and preparation for the celebration of the Nativity of Jesus at Christmas. The term is an anglicized version of the Latin word adventus, meaning “coming”.
Latin adventus is the translation of the Greek word parousia, commonly used to refer to the Second Coming of Christ. For Christians, the season of Advent anticipates the coming of Christ from two different perspectives. The season offers the opportunity to share in the ancient longing for the coming of the Messiah, and to be alert for his Second Coming.
SOURCE: Wikipedia

While it is possible to experience any combination of the Colors of Christmas, it is only when we celebrate a Red Christmas that we come to know and experience the genuine reason for the season in our hearts and with those around us.

What color will your Christmas be this year; White, Blue or Red?