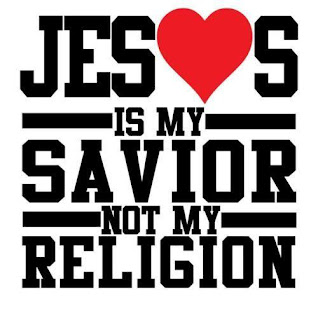 I was raised in a non-Christian home. I first learned about God when my mother sent me off to Kindergarten classes that were taught by the local Methodist church.

When I was eight years old I joined a paramilitary organization for boys that required regular church attendance. At first my mom would just drop me off on Sunday mornings at the same Methodist church where I attended Kindergarten. Occasionally the minister would come by the house to invite and encourage my mom and dad to come to church also. Eventually they did, and as a result we attended church every Sunday morning -- up until my dad died a month and a half after my 14th birthday.
I remember the services back as being very liturgical. I can remember our youth group petitioning the pastor and church elders to let us lead a Sunday service, wherein we did away with the liturgy and used a guitar instead of an organ. It took some convincing, but we were finally allowed to lead one early service. We thought it was great and hoped that we might be able to do it again, perhaps once a month at the least. Unfortunately, our hope was never realized, but we did feel like we had got our point across, that "church" was about so much more than routine and ritual.
When I finally made it back to church (not the same church, mind you) at age 46, church had changed – a lot! The organ had been replaced by an electric piano and the choir had been replaced with a "worship team" (with guitars!). I didn’t know a single song they sang and I wondered what had happened to the church I knew from my youth.
At first I was very uncomfortable with the rowdy, noisy, and boisterous "contemporary" church service. I immediately found myself longing for the "quiet and reverent" church service of my youth. I felt as if I had stepped into something unholy. I was looking for the comfort of the old-fashioned "high church" Sunday service. People in this new church were doing all kinds of things that would've been improper back when I was young. They were clapping their hands, and waving their arms and hugging one another. Seemingly, all the reverence had been replaced with worldly clamor. It was then I realized I had done a complete 180 – I had gone from the teen who wanted to break from ritual and tradition to an adult seeking comfort in it.
After a couple of years, I realized that things really hadn’t changed all that much. The veneer was different, but it was still ritualistic. "High-Church" had been traded in for "casual church." The suit and tie had been forsaken in favor of more comfortable blue jeans or Dockers. I can remember my first day back at church, my wife and I were the only ones dressed up. We felt so out of place.
The first year I was moved more by the "worship" portion of the service than I ever was by the pastor’s message. But I put that on the fact that the man leading worship was a very godly man, coupled with the weight of my sin and the working of the Spirit upon my heart, restoring me to wholeness.
Once I had become healed and began to serve within the church , 'the Adversary of our souls' became very active and began working against me. At first I didn’t understand and was beginning to think like I had when I left God and the church at age sixteen. But through prayer, perseverance, and counseling, I learned that I was being tested and tried; as I was still in the early stages of the learning, growing, and maturing process.

God will never let us just get to a point where we can rest on our 'blessed assurance'. Every day is a school day and every day is another run through the obstacle course -- even on "the Lord’s day."

After getting caught up in, and becoming very familiar and comfortable with all the new ways of "doing church", I learned that I had gone from one extreme to the other. God wasn’t in the liturgy of the "High-Church"; nor was He in the programs and activities of the "casual church". Neither one ever brought me --or anyone else that I know of-- any closer to God than we were before; no matter how long or how hard we worked at it.
No 'Purpose Driven Life' church or youth ministry program resulted in changed hearts and minds. No matter how 'Wild at Heart' we were, or how many times we said 'The Prayer of Jebez', everything remained the same. The modern, contemporary church, was just as poor, wretched, and blind, as was the church in Laodicea. No matter what we did to draw near to the heart of God, we were simply practicing religion. We had missed the point and we had strayed off the path that leads to a personal relationship with God through faith in Christ.
As Erwin McManus puts it in his book, 'The Barbarian Way', "Christianity over the past two thousand years has moved from being a tribe of renegades to a religion of conformists." That is why my wife and I (and many, many others) have quietly withdrawn from "organized religion" (or "traditional church" – whichever you prefer to call it).
While we no longer attend institutional "church services", we do worship and study God’s Word faithfully – at home and elsewhere – among ourselves and with others. And you know what? Ever since we made that decision, we have grown and drawn closer to God’s desire for us than we ever did before. We sincerely believe that had we not forsaken "organized religion," we would still be as lost and as confused as we were before.  Now we are free to SERVE HIM directly! So, instead of ATTENDING church services, we are free to SERVE CHRIST and HIS CHURCH!
Please keep in mind that we are not advocating a mass exodus from participating in traditional church services. I am only sharing with you our experience. God can and does work in any and all circumstances and situations.
Everything glorifies God. For everything that takes place is according to God’s will and to His glory. I am just one of an untold number that can attest to that fact. I’m sure you are one as well.
Jesus’ parable about the wedding feast makes clear that "many are invited, but few are chosen" (Matthew 22:14). Do you understand why that is so? If you do, praise God! If you do not, pray for understanding. 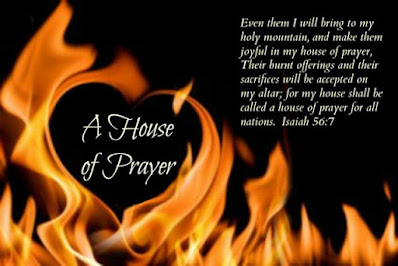