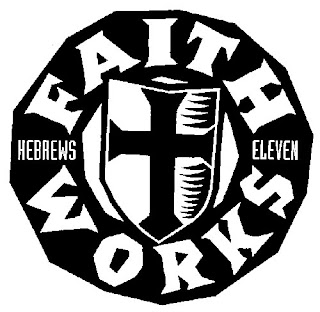 We must be able to tell the real from the counterfeit. The substance from the shadow. The truth from the lie. Until such time as we do, we will simply be caught up in the teachings and traditions of mankind.

2TI 3:1 But mark this: There will be terrible times in the last days. 2 People will be lovers of themselves, lovers of money, boastful, proud, abusive, disobedient to their parents, ungrateful, unholy, 3 without love, unforgiving, slanderous, without self-control, brutal, not lovers of the good, 4 treacherous, rash, conceited, lovers of pleasure rather than lovers of God– 5 having a form of godliness but denying its power. Have nothing to do with them.

To many people, the section of Scripture above is in evidence today on a global scale. To many people, it is not such a terrible time; it is simply the way things are today. It has been my observation that as each new generation seeks to establish its own identity, it does so by letting go of the previous generation’s values. This is generally manifested in the lifestyle of the up-and-coming generation; through it’s art, entertainment, fashion, worldview and overall morality. Each preceding generation feels the next generation has denigrated to some degree from the values previously upheld. A look back through American history would seemingly bear this out.

2TI 3:6 They are the kind who worm their way into homes and gain control over weak-willed women, who are loaded down with sins and are swayed by all kinds of evil desires, 7 always learning but never able to acknowledge the truth. 8 Just as Jannes and Jambres opposed Moses, so also these men oppose the truth–men of depraved minds, who, as far as the faith is concerned, are rejected. 9 But they will not get very far because, as in the case of those men, their folly will be clear to everyone.

As a child, I was taught that the value and purpose of studying our history was so that we might not repeat the mistakes of the past. While that sounds all good and well, the reality of it would seem to indicate otherwise. A look through the recorded history of the world is evidence that we do not learn from our past mistakes. Instead, a look through the history of mankind clearly shows that we repeatedly make the same mistakes of our forefathers. It is rather like the description of insanity as described by Albert Einstein; that of a person repeating the same mistake, each time expecting a different result.
The same solution available to the alcoholic is available to all mankind. But just like the alcoholic, we have to admit that –of our own power– we are incapable of bringing about the change of heart necessary to end the insanity of our willful self-destruction. Until such time as we become willing to surrender to that reality, we are prisoners of our own devices.

2TI 3:10 You, however, know all about my teaching, my way of life, my purpose, faith, patience, love, endurance, 11 persecutions, sufferings–what kinds of things happened to me in Antioch, Iconium and Lystra, the persecutions I endured. Yet the Lord rescued me from all of them. 12 In fact, everyone who wants to live a godly life in Christ Jesus will be persecuted, 13 while evil men and impostors will go from bad to worse, deceiving and being deceived.

Have you ever seen a house decorated during the Christmas season? It looks real nice, doesn’t it? But the appearance of the house does not reveal the condition of the home. While the house may be beautifully decorated, giving the appearance that all is well, the well-being of the home’s occupants may be anything but beautiful.
So it is today with many who claim Christianity as their faith.
While to all appearances everything is "fine," their spiritual well being is anything but fine. They may go to church every time the doors are open. They may be actively involved in their community. They may tithe regularly and give generously of their time and money to various charities, but on the inside their hearts are cold and/or lonely, hurting and/or angry, lost and/or confused. Somewhere along the line they lost what they believed they had in Christ, or they never really had it to begin with; it was simply a time of emotional fervor.
As a result, they may be questioning not only their faith, but all religious faith in general. Why? Probably because they mistook religion for faith in Christ. They got caught up in the trappings - the beautiful decorations - of religion. They know little-to-nothing about the resident(s) of the house. They didn’t bother to get to know the owner of the house, and now Christmas is over. The decorations are still up, but the season is at an end and they are left to wondering what all the decorations were really about in the first place.

2TI 3:14 But as for you, continue in what you have learned and have become convinced of, because you know those from whom you learned it, 15 and how from infancy you have known the holy Scriptures, which are able to make you wise for salvation through faith in Christ Jesus. 16 All Scripture is God-breathed and is useful for teaching, rebuking, correcting and training in righteousness, 17 so that the man of God may be thoroughly equipped for every good work.

It is only when we come to know the Creator of the Universe and the Author of the Bible, that we can stand firm in our faith. We must be able to tell the real from the counterfeit. The substance from the shadow. The truth from the lie. Until such time as we do, we will simply be caught up in the teachings and traditions of mankind. We will be doomed to the insanity of repeating the same mistakes, over and over, until the time we must give an account for what we did with what we were given.
Be aware of one thing. When such a day comes, we can plead insanity, but it will not excuse us from our actions. We will be rewarded according to our deeds. If you are living according to self-will and self-determination, you will receive your just reward. The same is true if you are living according to the will of your Creator and Redeemer.
If you have no idea what I’m talking about, take the time to find out now! (CLICK HERE)
For those of you who know what I’m talking about and are still thinking about it, it is my prayer that you will soon surrender your heart and your life to God through faith in His Son, Jesus the Christ. (CLICK HERE)

"God shows no partiality to any of us here on earth. For he gives his sunlight to both the evil and the good, and he sends rain on the just and on the unjust, too." [Matthew 5:45, New Living Translation]

"Look, the Lord is coming with thousands of his holy ones. He will bring the people of the world to judgment. He will convict the ungodly of all the evil things they have done in rebellion and of all the insults that godless sinners have spoken against him." [Jude 14b-15, New Living Translation]