Many people are anxious about things they have no control over.

If you go to the Merriam-Webster Online Dictionary and look up the word anxious, you will find three main definitions. The definition of anxious for this article would be as follows;

Anxiety is defined as;
1 a : painful or apprehensive uneasiness of mind usually over an impending or anticipated ill b : fearful concern or interest c : a cause of anxiety
2 : an abnormal and overwhelming sense of apprehension and fear often marked by physiological signs (as sweating, tension, and increased pulse), by doubt concerning the reality and nature of the threat, and by self-doubt about one's capacity to cope with it
In Luke 12:22-33, Jesus tells his disciples that we should not be consumed with worldly concerns. Rather, we should seek the kingdom of God.

And do not seek what you are to eat and what you are to drink, nor be of anxious mind. For all the nations of the world seek these things; and your Father knows that you need them. Instead, seek his kingdom, and these things shall be yours as well. Fear not, little flock, for it is your Father's good pleasure to give you the kingdom.
Luke 12:29-32 (RSV)

When Peter asked who Jesus was directing the parable to – the disciples directly or to everyone – Jesus replied;

Who then is the faithful and wise steward, whom his master will set over his household, to give them their portion of food at the proper time? Blessed is that servant whom his master when he comes will find so doing.
Luke 12:42-43 (RSV)

In the past, and even still today, many people are more concerned about things they have no control over than that which God has empowered them to do.

For example, there are a great number of people who spend a lot of time and energy worrying about the "end-times," rather than attending to the needs of today. Even the disciples asked Jesus, "Tell us, when will this be, and what will be the sign of your coming and of the close of the age?" The first thing Jesus said in response to their question was, "Take heed that no one leads you astray."
Many people are allowing themselves to be "led astray" by taking their focus off of what God has in store for them today and are worrying about tomorrow instead. It is good and right that those who have placed their trust in Christ not be caught off guard. However, it does no good to go from one extreme to the other.
Look at how popular the books, movies, and websites are that address the issues of the rapture, tribulation and the Antichrist. So many people are so consumed with end-times issues that they are running around like a bunch of Chicken Little's declaring that "The end is here! The end is here" In so doing, they have lost sight of what God has called them to be and do in the first place, which is to be salt and light in a world of darkness and injustice.
Instead of meeting the needs of the oppressed and the poor with love and compassion, they are spending their money, time and energy on a future that has already been decided and of which they have no control over.
The result is that the world sees such people as "freaks" and "kooks" instead of people living humbly in submission to God's will and reflecting the Spirit of the One whom they claim to be their Lord and Master. Instead of serving God, they are slaves to their own fears and self-interests. 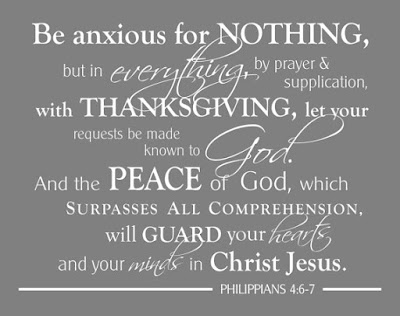