Your Witness Bugs Me 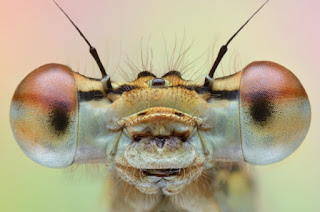 Even the bugs of the earth offer us a lesson from God -- when we take time to consider them!

There is a story of a fallen angel that came to Satan looking for a challenging assignment. This fallen angel felt that the majority of Christians are pushovers when their faith is challenged (see I Need a Real Challenge! for complete story).
Today as I was reflecting upon the message of that story, I thought of three types of bugs that I used to play with as a child; the stink bug, the rolly-polly (pronounced roll-e-poll-e), and the lady bug.

You see, when I was a kid, I learned that when you poke a stick a stink bug, he would stop walking and rear-up his hind quarters, as if to say, “Leave me alone or I’ll raise a stink!” Of course, he never really raised a stink until I stepped on him; and I always stepped on him, because I didn’t like the way he responded to my poking at him.

The rolly-polly (Armadillidium vulgare or Pill-bug) was a different matter. Every time I poked him with a stick, he stopped dead in his tracks and curled up into a ball to protect himself. It was as if he was saying, “Please, don’t hurt me. Can’t you see how weak and helpless I am?”

I would watch and wait to see how long the little bug would take to unfurl himself and resume his little trek. Sometimes I would get bored and when he was curled up into a little ball, I’d flick him with my finger and watch him go sailing through the air.

Ladybugs were my favorite. They seemed oblivious to the prodding of my stick. In fact, they would usually limb up on the stick and traverse its length. Sometimes they would fly away or sometimes they would fly on me. Ladybugs were the greatest. They were friendly and unprovoked by my prodding stick. I’ve even heard it said that it is good luck to have a ladybug land on you. I can see why someone would think that, because they are so seemingly friendly and easygoing.
I think many people view Christians much the same way I viewed those bugs.

When provoked, many self-professed Christians seem to respond much like one of those three bugs. Of course, the same could be said of any of us, Christian or otherwise. However, only Christians have the charge of being salt and light to the world. [See Matthew 5:13-16] As such, our witness – that is, how we live our life – is examined more closely. Everyone holds us to a higher standard. If our life is not like that of the ladybug, people are naturally going to want to flick-and-squish us like an undesirable bug.
If our witness bugs people, we not only trash the name Christian, we trash our namesake, Christ.
On A Personal Note