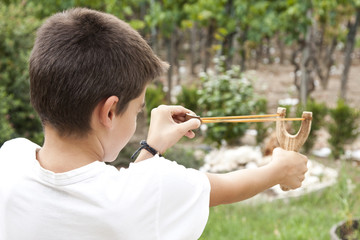 An allegory about secret, unconfessed sin, and agape love.

There was a little boy visiting his grandparents on their farm. And he was given a slingshot to play with out in the woods. He practiced in the woods, but he could never hit the target. And getting a little discouraged; he headed back to dinner. As he was walking back, he saw Grandma's pet duck. Just out of impulse, he let fly, hit the duck square in the head, and killed it. He was shocked and grieved. In a panic, he hid the dead duck in the wood pile. His sister Sally told him she had seen it all, but promised she would not tell anyone.
After lunch that day grandma said, "Sally, let's wash the dishes."
Sally replied, "Grandma, Johnny told me he wanted to help in the kitchen today, didn't you Johnny?" And then she whispered to him, "Remember, the duck?"
So Johnny did the dishes. Later Grandpa asked if the children wanted to go fishing, and Grandma said, "I'm sorry but I need Sally to help make supper."
Sally smiled and said, "Well, that's all right because Johnny told me he wanted to help." And again, she whispered, "Remember, the duck?"
So Sally went fishing and Johnny stayed.
After several days of Johnny doing both his chores and Sally's, he could not stand it any longer. He came to Grandma and confessed that he killed the duck.
She knelt down, gave him a hug, and said, "Sweetheart, I know. You see, I was standing at the window and I saw the whole thing. But because I love you, I forgave you. I was also wondering how long you would let Sally make a slave of you."

God sees everything. And because He loves us, He sent His Son to pay the penalty for our sins, so that we may be forgiven and set free from slavery to our sin nature. 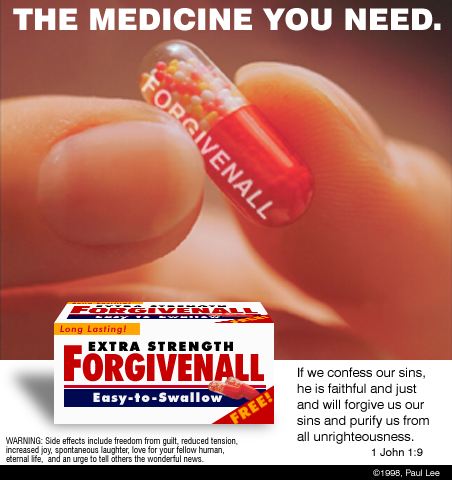