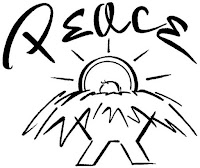 “And suddenly there was with the angel a multitude of the heavenly host praising God, and saying, Glory to God in the highest, and on earth peace, good will toward men.” –Luke 2:13-14 (KJV)

The verse above (Luke 2:13-14) is probably in the “top-ten” of familiar Bible verses – but only in the ‘King James’ and ‘New King James’ versions. That version of those verses is the prominent one I grew up hearing. It wasn’t until I actually started studying the Bible (as opposed to just one version or translation of the Bible), that I became aware of a different ending to verse 14.

New Living Translation –
Suddenly, the angel was joined by a vast host of others—the armies of heaven—praising God: “Glory to God in the highest heaven, and peace on earth to all whom God favors.”

New International Version –
Suddenly a great company of the heavenly host appeared with the angel, praising God and saying, “Glory to God in the highest, and on earth peace to men on whom his favor rests.”

New Century Version –
Then a very large group of angels from heaven joined the first angel, praising God and saying: “Give glory to God in heaven, and on earth let there be peace among the people who please God.”

God’s Word Translation –
Suddenly, a large army of angels appeared with the angel. They were praising God by saying, “Glory to God in the highest heaven, and on earth peace to those who have his good will!”

See what I mean? There is a big difference from the “peace on earth, goodwill toward men” statement that most of us are familiar with to the “peace on earth to those who (or among who) please God (or with whom He is pleased).” And in light of that difference, a greater truth is revealed.
Today I realize why this statement never seemed to ring wholly true. Only those who desire to live their life in such a way as to please and glorify God, will ever fully and wholly appreciate the Advent that the angel was proclaiming and that the heavenly host was glorifying God for. The angel was not proclaiming “world peace” as we generally like to think of it – as a physical reality. Rather, it was a proclamation of inner, spiritual peace and joy, toward those who know God and who are known by Him. 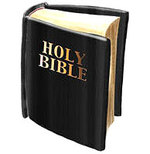 I realize that there are those who feel that any version other than the “Authorized” version is nothing more than a perversion of God’s Holy Word. To me, such a perspective can be a detriment to spiritual growth and maturity. The work of Bible translation is very complicated, and misunderstanding easily arises — for we do not possess the original Hebrew/Aramaic Old Testament or the original Greek New Testament as written by inspired men of God. What we have is an Old Testament in Hebrew/Aramaic and thousands of Greek manuscripts of part or all of the New Testament painstakingly copied and passed on to us through the centuries. There are differences in the Greek manuscripts – such as minor issues of punctuation, spelling, word order, certain verses that are included in some manuscripts and not in others, and so forth. But none of these differences affect any of the major doctrines of our Christian faith.
Some people prefer the King James translation because they have been familiar with it, often from childhood. Others prefer modern translations because they are more easily understood. Also, modern translators have the advantage of using many older Greek manuscripts of the New Testament discovered since the King James translation was made. Most scholars consider these older manuscripts more reliable than the few later manuscripts available to those who translated the King James Bible. It is also helpful to remember that, while King James “authorized” a particular translation for the Church of England in the 17th century; it is no more “authorized” for us today than any other translation. It was highly criticized in its day by those who preferred earlier translations, and it went through a number of revisions, as have other, more recent translations.

The point is this; the more research and exploration of God’s Word we do, the more we learn! If we simply allow others to do our work for us, we open ourselves up to deception. If we earnestly seek to know God and open ourselves to the active working of His living will inside us – that is His Spirit of Holiness (or, if you prefer, His Holy Spirit) – then He speaks directly to our hearts and reveals Himself and His plan for us, as it is recorded in the Holy Bible – regardless of which translation we prefer.
If we are ever going to realize the “peace on earth and [God’s] goodwill toward men” in our lifetime, then we must not harden our hearts to the point that we shut off and/or shut out the Spirit of God. No matter how long and/or how far we think we’ve been walking with God, we must remain teachable and always maintain a sincere spirit of humility – toward God and toward each other. To that end it is helpful to remember that, “A disciple is not above his teacher, nor a servant above his master” –Matthew 10:24 (RSV).
Paul said it best in his letter to the church in Philippi…

“So if there is any encouragement in Christ, any incentive of love, any participation in the Spirit, any affection and sympathy, complete my joy by being of the same mind, having the same love, being in full accord and of one mind. Do nothing from selfishness or conceit, but in humility count others better than yourselves. Let each of you look not only to his own interests, but also to the interests of others. Have this mind among yourselves, which is yours in Christ Jesus, who, though he was in the form of God, did not count equality with God a thing to be grasped, but emptied himself, taking the form of a servant, being born in the likeness of men. And being found in human form he humbled himself and became obedient unto death, even death on a cross. Therefore God has highly exalted him and bestowed on him the name which is above every name, that at the name of Jesus every knee should bow, in heaven and on earth and under the earth, and every tongue confess that Jesus Christ is Lord, to the glory of God the Father.”
–Philippians 2:1-11 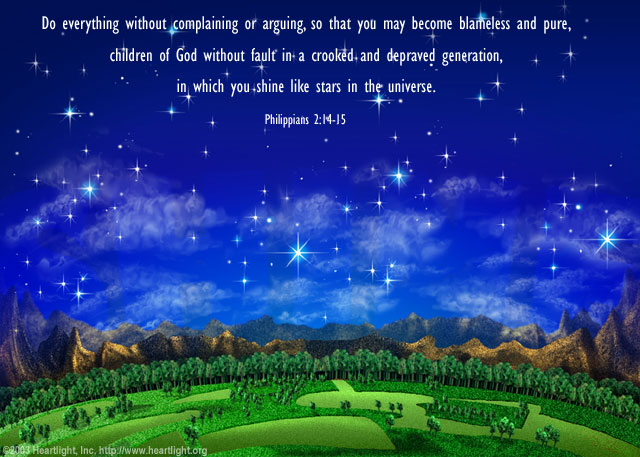