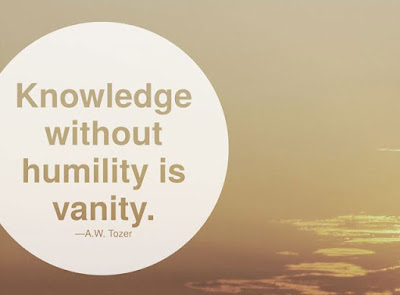 “Knowledge shall increase, but wisdom shall wane.”

The following is a segment from The Imitation of Christ, chapter three; The Doctrine of Truth.

Every perfection in this life has some imperfection mixed in with it, and no learning of ours is without some darkness. Humble knowledge of self is a surer path to God than the ardent pursuit of learning. Not that learning is to be considered evil, or knowledge, which is good in itself and so ordained by God; but a clean conscience and virtuous life ought always to be preferred. Many often err and accomplish little or nothing, because they try to become learned rather than to live well.

If men used as much care in uprooting vices and implanting virtues as they do in discussing problems, there would not be so much evil and scandal in the world, or such laxity in religious organizations. On the day of judgment, surely, we shall not be asked what we have read, but what we have done; not how well we have spoken, but how well we have lived.
Tell me, where now are all the masters and teachers whom you know so well in life and who were famous for their learning? Others have already taken their places and I know not whether they ever think of their predecessors. During life they seem to be something; now they are seldom remembered. How quickly the glory of the world passes away! If only their lives had kept pace with their learning, then their study and reading would have been worth while.
How many there are who perish because of vain worldly knowledge and too little care for serving God. They became vain in their own conceits. because they chose to be great rather than humble.
He is truly great who has great charity 1. He is truly great who is little in his own eyes and makes nothing of the highest honor. He is truly wise who looks upon all earthly things as folly, that he may gain Christ. He who does God’s will and renounces his own, is truly very learned.

1 charity = agape (unconditional) love toward others.

I selected that section of text because of what it points out and brings home so well; that a good education is not to be despised, but neither is it to be held in high esteem.

I do not recall where I first heard the following statement regarding the end times, but it stuck in my head, because it seems to perfectly describe the way of the word today.
“Knowledge shall increase, but wisdom shall wane.”
Knowledge will increase but wisdom will decrease – doesn’t that seem to accurately describe the direction this world is fatally headed?
We have the knowledge to send people into outer space, to build WMDs (Weapons of Mass Destruction, such as nuclear bombs, lethal contagions, and so forth) and perform many more fantastic, technological feats, yet we can’t seem to overcome the hardness in our hearts that would allow us to feed everyone on earth and eliminate homelessness, sickness, and poverty. Instead we spend more money on entertainment and weaponry than we do on anything else – and this is not limited to the United States – this is a global pandemic!
We flat-out reject God’s will for us in favor of our own will, and we have the audacity to do it all in the name of God and country. What a sick, sick world we live in. And we are only making it worse by doing just as Lucifer did – thinking of ourselves more highly than God and seeking personal glory instead of giving God the glory he is due.

Holy Father, I need you to help me keep my eyes off the world and focused on your son, Christ Jesus; because every time I take my eyes off of him, my flesh consumes me and then I think and feel like the senseless animals we are when we turn away from and deny you, our Creator. Thank you Jesus, for making it possible to be forgiven for our dark and sinful hearts. Amen.