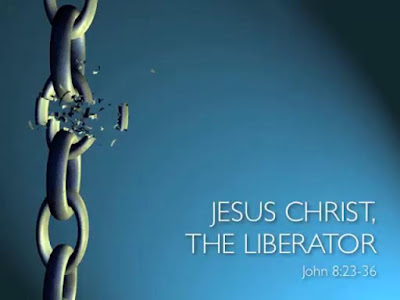 The history of Israel is filled with the theme of bondage.

In Egypt the people of God were subject to the tyranny of Pharaoh. God sent them Moses and he led the tribes out of bondage and a Nation was born.
During the rule of the Judges and Kings every time Israel became lax in their faithfulness to God and their observance of the Law they fell into rule by other nations. They would be taken captive, turned into slaves, and in the case of Babylon, Persian, and Assyria they were actually transported out of their promised land.
It's from this backdrop of history and the circumstances of Roman occupation that Jesus comes onto the scene and begins His ministry. So interesting that the first time He reads Scripture in His public ministry He speaks about freedom, a freedom spoken of centuries before, a freedom that Jesus is about to deliver.
Luke 4:16-21 tells of this encounter when Jesus returned to Nazareth and went to the synagogue to worship. He reads from Isaiah 61:1 - 2a,

"THE SPIRIT OF THE LORD IS UPON ME, BECAUSE HE HAS ANOINTED ME TO PREACH THE GOSPEL TO THE POOR. HE HAS SENT ME TO PROCLAIM RELEASE TO THE CAPTIVES, AND RECOVERY OF SIGHT TO THE BLIND, TO SET FREE THOSE WHO ARE DOWNTRODDEN, TO PROCLAIM THE FAVORABLE YEAR OF THE LORD."

He proclaimed after closing the book, that in their sight, that day, "this Scripture has been fulfilled in your hearing."
In Jesus' parable of the Good Shepherd he proclaims His mission statement concerning humanity, John 10:10, "I come that they might have life, and might have it abundantly." So the key question is this. Does Jesus bring people into abundant living when He sets them free? I say the answer is yes. I also say that abundant living is about our Spiritual life and not limited to some understanding of wealth and financial security.
A case in point - a man named Saul who was an influential Pharisee and who went about arresting and persecuting Christians. After his encounter with Jesus Saul became Paul. He became a new creation. He lived an incredible life of abundance in the Spirit and was the first great missionary of Christianity. Did he have wealth? Did he have privilege?
If you read the Epistle to the Church in Philippi you are struck by the overwhelming joy that Paul declares. He is in prison, yet he rejoices in all things (4:4). He has learned that circumstances do not dictate joy and happiness; rather it is faith and dependence upon God (4:11). Paul says he has learned the secret, and that it is this, "I can do all things through Christ who strengthens me." This is real freedom, even if we are in chains. 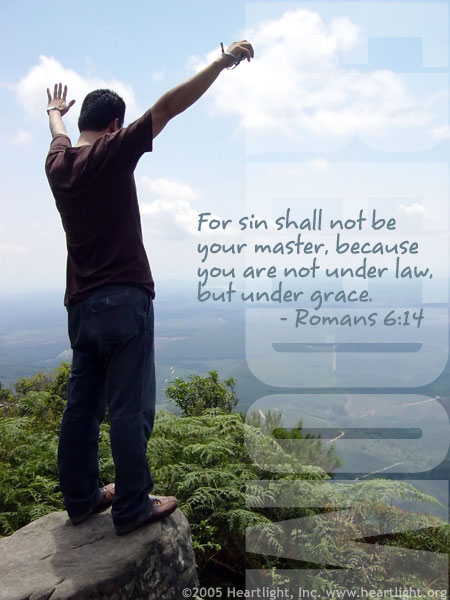