His Name Is Jesus

His name is different in every language.

“And behold, you will conceive in your womb and bear a son, and you shall call his name Jesus.” —Luke 1:31 ESV

Jesus’ Aramaic name would probably be transliterated into English letters as “Yeshu”, which is a shorter form of the common Hebrew/Aramaic name “Yeshua” or “Yoshua”. This name has come down to us in the present day as “Joshua“, except when we are referring to Jesus Christ.
The Greeks commonly Hellenized foreign names, in order to make them easier for Greeks to pronounce, and to enable them to spell them using the Greek alphabet. The Hellenization of Jesus’ Aramaic name was “Iesou”, which was pronounced approximately “ye-soo” by the Greeks.
When the Romans, who spoke Latin, Romanized Jesus’ name, they spelled it “IESVS”, giving it the normal ending for a Latin male name. The Romans would have pronounced this “Yesus”. This spelling was later changed to “JESUS”, as the Latin language changed its pronunciation and orthography in the early Middle Ages.
When English speakers who had no Latin encountered the spelling J-E-S-U-S, they pronounced it according to the rules of English spelling and pronunciation, giving us the common pronunciation we use today.
The word Christ (Greek “xristos”) is not a name, but an honorific or title. It is a pretty direct translation of the Hebrew word “meshshiakh”, meaning one who has been anointed with sacred oil, and thus dedicated to a holy purpose. So “Jesus Christ” means something like “Yesu the Anointed”. Both the Greeks and the Hebrews anointed kings and priests with sacred oil as a sign of their God-ordained roles. The Hebrews also anointed their scapegoats, as part of the atonement ritual.
The name “God” was never the name of a specific idol or Pagan god. “God” is simply the English word for the/a divine being, which was capitalized as a proper name when English-speaking Pagans converted to Christianity.
You might be interested to know that the fish symbol commonly used by the early Christians as a recognition sign was used, at least in part, because the Greek word “Ixthous”, meaning “fish”, is an acronym for the Greek phrase “iesou xristos, theou uios, soter”, which means “Jesus Christ, of-God Son, Savior”.
Spanish-speaking Christians pronounce His name “hay-zoos”, and German-speaking Christians call Him “YEzu”, and each language has its own version of His name.
Perhaps it is not the way that we pronounce His name, or even by which name we choose to call Him, but rather the way that we address Him in our heart, that makes all the difference. 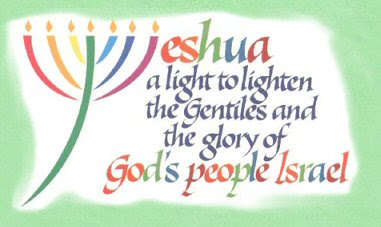