Most folks really do not understand the concept of depravity. For if they did, they would be shocked and appalled. They would come to know the depth of their sinful nature and would cry out to God, seeking His forgiveness.

Usage: Depravity, Depravation, Corruption. Depravity is a vitiated state of mind or feeling; as, the depravity of the human heart; depravity of public morals. Depravation points to the act or process of making depraved, and hence to the end thus reached; as, a gradual depravation of principle; a depravation of manners, of the heart, etc. Corruption is the only one of these words which applies to physical substances, and in reference to these denotes the process by which their component parts are dissolved. Hence, when figuratively used, it denotes an utter vitiation of principle or feeling. Depravity applies only to the mind and heart: we can speak of a depraved taste, or a corrupt taste; in the first we introduce the notion that there has been the influence of bad training to pervert; in the second, that there is a want of true principle to pervert; in the second, that there is a want of true principles to decide. The other two words have a wider use: we can speak of the depravation or the corruption of taste and public sentiment. Depravity is more or less open; corruption is more or less disguised in its operations. What is depraved requires to be reformed; what is corrupt requires to be purified.

The Bible describes it as follows:

Isaiah 5:20 Woe to those who call evil good and good evil, who put darkness for light and light for darkness, who put bitter for sweet and sweet for bitter!

Malachi 2:17 You have wearied the Lord with your words. But you say, “How have we wearied him?” By saying, “Everyone who does evil is good in the sight of the Lord, and he delights in them.” Or by asking, “Where is the God of justice?”

God’s Wrath on Unrighteousness
For the wrath of God is revealed from heaven against all ungodliness and unrighteousness of men, who by their unrighteousness suppress the truth. For what can be known about God is plain to them, because God has shown it to them. For his invisible attributes, namely, his eternal power and divine nature, have been clearly perceived, ever since the creation of the world, in the things that have been made. So they are without excuse. For although they knew God, they did not honor him as God or give thanks to him, but they became futile in their thinking, and their foolish hearts were darkened. Claiming to be wise, they became fools, and exchanged the glory of the immortal God for images resembling mortal man and birds and animals and reptiles.

Therefore God gave them up in the lusts of their hearts to impurity, to the dishonoring of their bodies among themselves, because they exchanged the truth about God for a lie and worshiped and served the creature rather than the Creator, who is blessed forever! Amen.
For this reason God gave them up to dishonorable passions. For their women exchanged natural relations for those that are contrary to nature; and the men likewise gave up natural relations with women and were consumed with passion for one another, men committing shameless acts with men and receiving in themselves the due penalty for their error.

And since they did not see fit to acknowledge God, God gave them up to a debased mind to do what ought not to be done. They were filled with all manner of unrighteousness, evil, covetousness, malice. They are full of envy, murder, strife, deceit, maliciousness. They are gossips, slanderers, haters of God, insolent, haughty, boastful, inventors of evil, disobedient to parents, foolish, faithless, heartless, ruthless. Though they know God’s decree that those who practice such things deserve to die, they not only do them but give approval to those who practice them.

What is the solution?

But as for you, O man of God, flee these things. Pursue righteousness, godliness, faith, love, steadfastness, gentleness. Fight the good fight of the faith. Take hold of the eternal life to which you were called and about which you made the good confession in the presence of many witnesses. I charge you in the presence of God, who gives life to all things, and of Christ Jesus, who in his testimony before Pontius Pilate made the good confession, to keep the commandment unstained and free from reproach until the appearing of our Lord Jesus Christ, which he will display at the proper time—he who is the blessed and only Sovereign, the King of kings and Lord of lords, who alone has immortality, who dwells in unapproachable light, whom no one has ever seen or can see. To him be honor and eternal dominion. Amen. As for the rich in this present age, charge them not to be haughty, nor to set their hopes on the uncertainty of riches, but on God, who richly provides us with everything to enjoy. They are to do good, to be rich in good works, to be generous and ready to share, thus storing up treasure for themselves as a good foundation for the future, so that they may take hold of that which is truly life. O Timothy, guard the deposit entrusted to you. Avoid the irreverent babble and contradictions of what is falsely called “knowledge,” for by professing it some have swerved from the faith.  Grace be with you. 1 Timothy 6:11-21 The Holy Bible: English Standard Version.


ADDENDUM TO THE MAIN ARTICLE:

We tell people that they need to be saved , but we fail to make clear as to the ‘what’ and the ‘why’.

In an effort not to offend, the message of the cross is softened to the point that very few lives are actually transformed. Professions of Christ are void and empty because it is an intellectual ascent to an event in history, rather than a spiritual experience that changes hearts and lives for more than a few heartbeats.

If we spent as much time as did Christ “painting the picture” of sin and “drawing the map” of real, effective, salvation, then the accuser of our souls would not be winning the battle in this digital age of “post truth”.

The 18th chapter of Luke opens with Jesus telling a parable about a widow and an unjust judge. The judge could care less about the widow’s plight, but she is so persistent that the judge finally hears her case and rules in her favor. The point of the parable is that those who do not give up and persevere in their faith will be relieved from their troubles here on earth. But the parable ends with Jesus asking, “Nevertheless, when the Son of man comes, will he find faith on earth?” (Luke 18:8b RSV)

The faith that Christ is talking about is not the “easy believism” that is so often preached and practiced in these last days. We know this is true from what is recorded in the Gospel according to Matthew.

“Knowing the correct password—saying ‘Master, Master,’ for instance—isn’t going to get you anywhere with me. What is required is serious obedience—doing what my Father wills. I can see it now—at the Final Judgment thousands strutting up to me and saying, ‘Master, we preached the Message, we bashed the demons, our God-sponsored projects had everyone talking.’ And do you know what I am going to say? ‘You missed the boat. All you did was use me to make yourselves important. You don’t impress me one bit. You’re out of here.’ ” (Matthew 7:21-23 MSG; cf. Luke 6:46; 13:25-27) 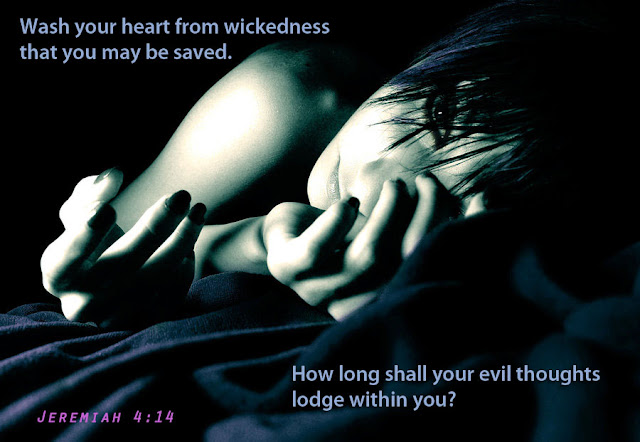