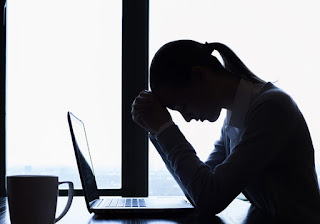 I wonder how much better our blog entries and social media comments would be if we were to pray prior to posting what is on our hearts and minds?

SPAM (as defined by the KDR Household Dictionary) has two definitions. 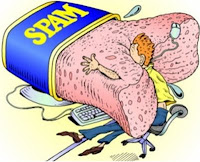 Fortunately, it has been a long time since I last had to deal with the first definition of spam given above. However, I have not been as fortunate with the second definition. There is a silver lining to that cloud, though. I have learned how to keep my personal email account nearly spam free. While spam email has never been a big issue for me, I have taken measures that have resulted with even less spam making it to my personal inbox. Even so, there is still undesirable content that finds its way to my computer screen. I don’t know that it truly qualifies as spam, but I find it even more troubling and disheartening than commercial spam. It troubles me the most because it comes from people who claim to be Christian.

What I’m about to say regarding this issue, is not meant to be a “rebuke” in the Biblical sense. Rather, it is my desire to “speak the truth in love,” and leave the convicting up to the Holy Spirit.

Dear brothers and sisters in Christ,
It does my heart good to know that you are concerned about all the evil and wickedness in the world. I know it concerns you, because of all the emails, links, and posts you have forwarded to me, requesting that I go to some web site to sign a petition and/or forward/share the email/link you forwarded me (that 99% of the time was forwarded to you).
Sometimes the content is about a particular person or group. Sometimes it’s about a specific movement designed to bring forward your feeling regarding the actions or inaction of a certain individual, group, company, corporation, political activist(s), government agency or law you wish to be passed (or struck down).
Regardless of the specific concern, RARELY (if ever), is the crux of the matter scriptural, related to sound biblical principles or teaching (doctrine). That is not to say Scripture has not been provided to support whatever the agenda may be. Rather, it is nothing that was taught or exemplified by the one we claim to follow; the Son of God, Christ Jesus. Therefore, let us encourage one another and cease doing things of our own volition and power. Instead, let us seek to live according to God’s will for us; conducting ourselves in a manner that glorifies HIM.
May I suggest to you an alternative to forwarding these “activist” messages? The next time you encounter content that motivates you to forward it to everyone you know, please prayerfully consider doing so ONLY IF if it is in line with the HOLY SPIRIT of God, and not the way of the world. Before reacting, to something that you feel is important, ask God if it is in line with His will. Check it against what His Word (the Bible) has to say. Be sure you are walking in the wisdom of God and not in the foolish way of the world.
Jesus did not involve himself in politics and neither did he teach his followers to do so. Please prayerfully consider the fact that Jesus did not teach or do anything but what God told him to say and do. So shouldn’t we — as His followers — follow in His footsteps and not go the way of the world? We know from the gospel accounts that the people tried to get Jesus to do things they wanted him to do, but he only listened to and did what God wanted him to do.
It is not right that we should try to legislate morality. Lord knows that laws will not keep people from doing what they want to do. If they did, Christ would not have needed to lay down his life for us! When God gave us his law, it was because he wanted us to know him and what he requires of us. He knew we would never be able to keep his laws. That is why he paid the penalty for us himself! Because he loves us! When he came to earth he made it perfectly clear that it is through an intimate relationship with Him that we have life, not through law keeping. So instead of trying to get people to live righteously by passing more laws, I encourage you to put all your heart into discovering and sharing God’s love with the very people you want to pass laws against.

I know it is easier and less intimidating to stroke a few keys on the keyboard and click a mouse button, than it is to get out of your chair and out of your house and go talk to your neighbors about Christ; but please, prayerfully consider what God has actually called us to do.

You therefore, my son, be strong in the grace that is in Christ Jesus. And the things that you have heard from me among many witnesses, commit these to faithful men who will be able to teach others also. You therefore must endure hardship as a good soldier of Jesus Christ. No one engaged in warfare entangles himself with the affairs of this life, that he may please him who enlisted him as a soldier. And also if anyone competes in athletics, he is not crowned unless he competes according to the rules. The hardworking farmer must be first to partake of the crops. Consider what I say, and may the Lord give you understanding in all things.
2 Timothy 2:1 through 2 Timothy 2:7 (NKJV)