Between Darkness and Light 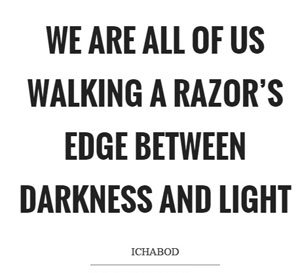 Why do so many of us who claim the name of Christ, find ourselves 'walking a razor's edge' between the darkness of this world and light of Christ?

“I have come as Light into the world, so that everyone who believes in Me will not remain in darkness”
—John 12:46

While I am sure that everyone who lives in-between the darkness and the light has what they believe to be valid reasons (excuses), the inescapable truth is that they have yet to fully surrender their will and their life over to Christ. They want to live for Christ...

I know this to be true, because I have lived like this for most of my life; and no matter how hard I tried, how long I prayed, or how many times I cried, I found myself stuck living in a “twilight zone” between the darkness of this world and the light of Christ. I wanted the best of both worlds and it did not work. In fact, it was worse than before I “made a decision for Christ”. Why? Because in the past, I didn’t care what anyone thought about how I lived; especially God. But since I said “yes” to Christ, I found myself stuck living out what the apostle Paul had written in his letter to the church in Rome. (And that, my friend, is a living hell! But then, I’m preaching to the choir now, correct?)

More and more often God has put it on my heart how I have lived my life as a willful child. And even though those thoughts troubled me, I continued to struggle and pray, and cry and ask “What’s wrong with me, Lord?” — all the while knowing in my heart of hearts that I was not letting Jesus actually be Lord of my life. I was still calling-the-shots, doing what I wanted to do, when I wanted to do it. I was still in charge, not God.
Shortly after my forty-sixth birthday, I was introduced to My Utmost for His Highest, by Oswald Chambers. It quickly became my favorite daily devotional and for a few years my walk of faith in Christ was phenomenal. But then I began to be choked by life’s worries, riches and pleasures, and began “back-sliding” into my old ways. That is how I got caught up living between the darkness and the light. Recently I returned to reading My Utmost for His Highest and one thing that really hit home for me was the following…

Many people begin coming to God once they stop being religious, because there is only one master of the human heart— Jesus Christ, not religion. But “Woe is me” if after seeing Him I still will not obey (see Isaiah 6:5). Jesus will never insist that I obey, but if I don’t, I have already begun to sign the death certificate of the Son of God in my soul. When I stand face to face with Jesus Christ and say, “I will not obey,” He will never insist. But when I do this, I am backing away from the recreating power of His redemption. It makes no difference to God’s grace what an abomination I am, if I will only come to the light. But “Woe is me” if I refuse the light (see John 3:19-21).

Can you relate? Care to step out of the twilight zone with me and into the light of life? 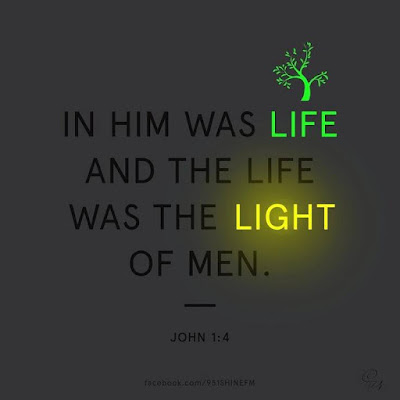