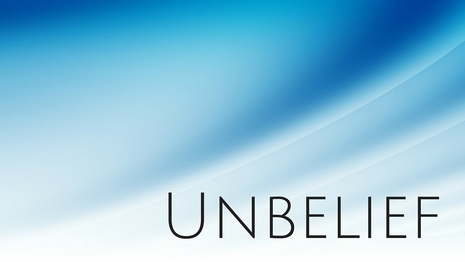 Throughout known history, there is only one God that mankind has sought to rebel against and disprove the existence of, with an inextinguishable fervor.

All throughout the Scriptures – both in the Tanakh (OT) and the Greek texts (NT) – we see evidence of what happens to those who do not believe God and/or believe in God. Those scriptures are the recorded history of God’s chosen people, Israel. Throughout history they – and the God they worship – have been hated and despised. Time and again they have faced near genocide, and time and again a remnant has survived. To me, and to the world, this is living proof that there is only one true, God of all mankind. Every attempt by those who wish to utterly remove the people and their God, backfires, and adds to the mounting history of evidence that the God of Abraham, Isaac, Jacob, Joseph, Moses, Samuel, Elijah, and David is the one, true, living God of all Creation.

Furthermore, ever since God sent his one and only Son (who is superior to Moses and all the heavenly host) to fulfill prophecy and to fulfill God’s covenant with Israel, everyone who is opposed to God’s will being done on earth as it is in heaven, has become insanely consumed with the thought of the complete and utter destruction of everyone that belongs to God – those who have been marked by the seal of God’s Holy Spirit. (cf. 2 Corinthians 1:21-22 NIV)

As each generation passes, we move ever closer to the return of God’s Son, and the establishment of His Kingdom here on earth, where he will rule over every tribe and every nation with a rod of iron for a thousand years.

Then Satan will be released from his prison and will come out to deceive the nations of the earth and will march upon and surround the camp of the saints and the beloved city. But fire will come down from heaven and consume them, and the devil who deceived them will be thrown in the lake of fire and sulfur where the beast and the false prophet were, and they will be tormented day and night forever and ever.
– Revelation 20:7-10

Then will come the Day of Judgment by Him who is seated on the Great White Throne. On that Day, He will judge the dead standing before the throne, according to what they have done.

And this is the judgment: the light has come into the world, and people loved the darkness rather than the light because their deeds were evil. For everyone who does wicked things hates the light and does not come into the light, lest his deeds should be exposed.
– John 3:19-20

It is this judgment that the enemies of God fear and why they so adamantly seek to deny and disprove the existence of the One, True, and Living God of ALL Creation.

Take care, brothers, lest there be in any of you an evil, unbelieving heart, leading you to fall away from the living God. But exhort one another every day, as long as it is called “today,” that none of you may be hardened by the deceitfulness of sin. For we share in Christ, if indeed we hold our original confidence firm to the end. As it is said,

“Today, if you hear his voice, do not harden your hearts as in the rebellion.”

For who were those who heard and yet rebelled? Was it not all those who left Egypt led by Moses? And with whom was he provoked for forty years? Was it not with those who sinned, whose bodies fell in the wilderness? And to whom did he swear that they would not enter his rest, but to those who were disobedient? So we see that they were unable to enter because of unbelief. -– Hebrews 3:12-19 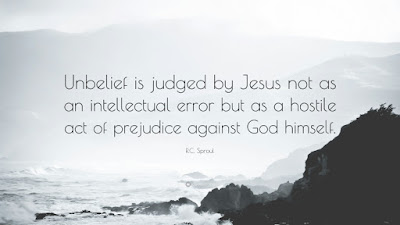