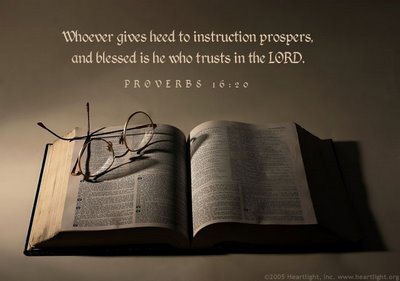 There is an old saying that says, “You can’t judge a book by its cover.” We become ‘open books’ as we share our thoughts and our interests with others.

Social Networks like Facebook and Twitter reveal much about the people who frequent them. The content posted speaks volumes as to what is most important to that person. For some people it is sports. For others it may be the world of fashion or of entertainment. Whatever dominates one’s conversation, be it in person or on the Internet, is a good indicator of what that person values most.
Some people have more ‘Friends’ on Facebook or more ‘Followers’ on Twitter because they share an ‘affinity’ that resonates with others. From what I have observed over the years, the most common “affinities” are frequently related to one’s age, culture, and geographical location. In other words, it’s all about this life and the things of the world that garner the most attention.
Most of it is short-sighted and short-lived. Rather like standing or sitting on a sandy beach and watching the waves as they lap the shoreline. The further out from shore, the bigger the wave. By the time it reaches the shore, the wave is much smaller. They come and they go and they all look pretty much the same – relative to the tide and the weather.
Interactions on Social Media are quite similar. They come and they go. They swell and they ebb. For the most part, the topics of conversation and interest are primarily focused on the current events taking place around the world. As we get caught up in the social intercourse, we try not to wade out too far into the deep water, where we risk getting pulled in beyond our ability to make it back to the safety of the shoreline.
None of this, of course, is limited to our online presence. This also applies – to a much greater degree – to our interpersonal relationships and interactions.
Most everyone that knows me is not in the dark as to what matters most to me. My greatest concern is that everyone I come into contact with understands and realizes that there is much more to life than living for today.

My greatest desire is not only to know and be known by the One who laid down His life according to the will of His Father, but to also share that Great Fact with everyone who is willing to listen to and consider the magnitude of that action.

God has done so much to impart to us, His children, the knowledge of His love for us. He has done and has given us so much – far more that we deserve – to make us fully aware of His love and desire for us. Even so, we turn a blind eye to the things He shows us and we refuse to listen to what He is telling us. We do this because we think He has either short-changed us or that He should be doing things according to our way of thinking. We fail to seriously consider the Truth that He repeatedly brings to our attention, usually because we are hurt and/or angry that our life is not perfect. We blame Him rather than examine our own actions and inaction. We fail to consider that we have been living as willful, petulant, demanding children, who have limited vision and can only see a small part of the big picture. We think we know better than God — if there is a God — and that it is He, not us, that have fallen short and failed to meet life’s requirements for fulfillment and contentment.
We covet what the other person has, not what God has for us.
We declare that we are doing fine without him, yet refuse to acknowledge that it is us, not God, who is destroying the world. We haughtily ask, “If there is a God, why does He allow evil in world?” We fail to stop and consider that it is we who are not only allowing evil in the word, but that we are also the authors of the evil that pervades the world. We deny the reality that the root of all evil comes from within us — from within our dark, selfish, greedy, self-centered hearts. We covet what the other person has, not what God has for us. We fight among ourselves and then blame God for allowing it to happen! With our last breath we curse God for all our troubles and misfortune.
We think we are so wise but in all truth we are utter fools! We fail to learn from our mistakes. Instead we repeat them, over and over again. We are spiritually insane!
Even so, all is not lost. There is hope, but only for a few. Why only a few? Because the majority of people refuse to listen and refuse to consider the reality of our spiritual nature; how wretched, blind, naked, and poor, we are. We deny the truth that without God we are sons and daughters of perdition — that is, without any hope at all.

PARABLE OF THE GREAT FEAST

Jesus again used stories to teach the people. He said, “The kingdom of heaven is like a king who prepared a wedding feast for his son. The king invited some people to the feast. When the feast was ready, the king sent his servants to tell the people, but they refused to come.

“Then the king sent other servants, saying, ’Tell those who have been invited that my feast is ready. I have killed my best bulls and calves for the dinner, and everything is ready. Come to the wedding feast.’

“But the people refused to listen to the servants and left to do other things. One went to work in his field, and another went to his business.

Some of the other people grabbed the servants, beat them, and killed them.

The king was furious and sent his army to kill the murderers and burn their city.

“After that, the king said to his servants, ’The wedding feast is ready. I invited those people, but they were not worthy to come.

So go to the street corners and invite everyone you find to come to my feast.’

So the servants went into the streets and gathered all the people they could find, both good and bad. And the wedding hall was filled with guests.

“When the king came in to see the guests, he saw a man who was not dressed for a wedding.

The king said, ’Friend, how were you allowed to come in here? You are not dressed for a  wedding.’ But the man said nothing.

So the king told some servants, ’Tie this man’s hands and feet. Throw him out into the darkness, where people will cry and grind their teeth with pain.’

The invitation has been given. Will you accept it or reject it? Or will you try to crash the wedding and risk being discovered and tossed out on your ear?