A Good Place to Start 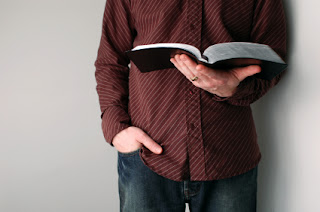 With so much seemingly going on in the world today, it can be difficult for one who has recently surrendered their heart and their life to Christ, to know where to turn to in the Bible to help make sense of it all and find practical advice and guidance for daily living.

Where can we go to find out how to raise our children? How do we deal with the person driving like a manic and not submit to road rage ourselves? What, if anything, should we say to the co-worker who professes to be a Christian yet gossips like there’s no tomorrow? What about this and what about that?
The Bible has much to say and it can sometimes seem overwhelming and confusing. Naturally, the teachings of Christ as recorded in the gospels of Matthew, Mark, Luke and John should be prayerfully read and considered first, following the rest of the New Testament (NT). But the NT is not the complete Bible. The Old Testament (OT) has a lot of wisdom and knowledge to be gleaned from prayerful reading though its pages. I’ve found three books in the OT particularly helpful, and each of these three books are either partially or in whole, attributed to King Solomon.
You see, shortly after King David’s son, Solomon, was appointed King of Israel, the LORD appeared to him in a dream and said to him, “Ask for whatever you want me to give to you.” Solomon responded by asking for wisdom to rule. God was pleased with Solomon’s request and gave Solomon “a wise and discerning heart, so that there will never be anyone like you, nor will there ever be” (1 Kings 3:1-15).
As a result of the exceptional wisdom God gave Solomon, the books of Proverbs, Ecclesiastes, and the Song of Songs are great resources for understanding and dealing with most all aspects of daily life. I have put together a brief summary of each of these books, that I believe will help you understand why I recommend these books as a good place to start in the OT for understanding the world we live in and for practical advice that we can apply in our daily lives. Enjoy!

PROVERBS: Although the book begins with a title ascribing the proverbs to Solomon, it is clear from the later chapters that he was not the only author of the book. Proverbs 22:17 refers to the “sayings of the wise,” and 24:23 mentions additional “sayings of the wise.” The presence of an introduction in 22:17-21 further indicates that these sections stem from a circle of wise men, not from Solomon himself. Chapter 30 is attributed to Agur, son of Jakeh and 31:1-9 to King Lemuel, neither of whom is mentioned elsewhere.


Most of the book, however, is closely linked with Solomon. The headings in 10:1 and 25:1 again include his name, though 25:1 states that these proverbs were copied by the men of Hezekiah. This indicates that a group of wise men or scribes compiled these proverbs as editors and added chapters 25-29 to the earlier collections. Solomon’s ability to produce proverbs is specified in 1 Kings 4:32, where 3,000 proverbs are attributed to him. Coupled with the statements about his unparalleled wisdom (1 Kings 4:29-31), it is customary to attribute wisdom materials to Solomon.


According to the prologue, Proverbs was written to give “prudence to the simple, knowledge and discretion to the young” (1:4), and to make wise men wiser (1:5). The frequent references to “my son” (1:8, 10; 2:1; 3:1; 4:1; 5:1) emphasize instructing the young and guiding them into a happy and prosperous life. Acquiring wisdom and knowing how to avoid the pitfalls of folly will lead to health and success. Although Proverbs is a practical book dealing with the art of living, it bases wisdom solidly in the fear [reverence] of the Lord (1:7). Throughout the book this reverence for God is set forth as the path to life and security (cf. 3:5; 9:10; 22:4). People must trust in the Lord (3:5) and not in themselves (28:26). The references to the “tree of life” (3:18; 11:30; 13:12) recall the joyful bliss of the Garden of Eden and figuratively say that the one who finds wisdom will be greatly blessed.


With his life largely behind him, the author takes stock of the world as he experienced it between the horizons of birth and death – the later a horizon beyond which man cannot see. The world is seen as being full of enigmas, the greatest of which is man himself.


From the perspective of his own understanding, the Teacher takes measure of man, examining his capabilities. He discovers that human wisdom, even that of a godly person, has limits (1:13, 16-18; 7:24; 8:16-17). It cannot find out the larger purposes of God or the ultimate meaning of man’s existence.


As the author looks about at the human enterprise, he sees man in mad pursuit of one thing and then another – laboring as if he could master the world, lay bare its secrets, change its fundamental structures, break through the bounds of human limitations and master his own destiny. He see man vainly pursuing hopes and expectations that in reality are “meaningless, a chasing after the wind” (1:14; 2:11, 17, 26; 4:4, 16; 6:9; cf. 1:17, 4:6).


But faith teaches him that God has ordered all things according to his own limitations, as God’s appointments. Man, therefore, should be patient and enjoy life as God gives it. He should know his own limitations and not vex himself with unrealistic expectations. He should be prudent in everything, living carefully before God and the king and, above all, fearing God and keeping his commandments (12:13).


Life not centered on God is purposeless and meaningless. Without him, nothing else can satisfy (2:25). With him, all of life and his other good gifts are to be gratefully received (see James 1:17) and used to enjoy to the full (2:26; 11:!8). The book contains the philosophic and theological reflections of an old man (12:1-7), most of whose life was meaningless because he had not himself relied on god as he should have.


To find the key for unlocking the Song, interpreters have looked to prophetic, wisdom and apocalyptic passages of Scripture, as well as to ancient Egyptian and Babylonian love songs, traditional Semitic wedding songs and songs related to ancient Mesopotamian fertility cults. The closest parallels appear to be those found in Proverbs (see Proverbs 5:15-20; 6:24-29; 7:6-23). The description of love in 8:6-7 (cf. the descriptions of wisdom found in Proverbs 1-9 and Job 28) seems to confirm that the Song belongs to biblical wisdom literature and that it is wisdom’s description of an amorous relationship. The Bible speaks both of wisdom and love as gifts of God, to be received with gratitude and celebration.


In ancient Israel everything human came to expression in words: reverence, gratitude, anger, sorrow, suffering, trust, friendship, commitment, loyalty, hope, wisdom, moral outrage, repentance. In the Song, it is love that finds words – inspired words that disclose its exquisite charm and beauty as one of God’s choicest gifts. The voice of love in the Song, like that of wisdom in Proverbs 8:1-9:12, is a woman’s voice, suggesting that love and wisdom draw men powerfully with the subtlety and mystery of a woman’s allurements.


This feminine voice speaks profoundly of love. She portrays its beauty and delights. She claims its exclusiveness (“My lover is mine and I am his,” 2:16) and insists on the necessity of its pure spontaneity (“Do not arouse or awaken love until it so desires,” 2:7). She also proclaims its overwhelming power – it rivals that of the fearsome enemy, death; it burns with the intensity of a blazing fire; it is unquenchable even by the ocean depths (8:6-7a). She affirms its preciousness: All a man’s possessions cannot purchase it, nor (alternatively) should they be exchanged for it (8:7b). She hints, without saying so explicitly, that it is a gift of the Lord to man.


God intends that such love – grossly distorted and abused by both ancient and modern people – be a normal part of marital life in his good creation (see Genesis 1:26-31; 2:24).