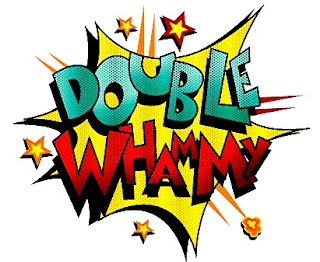 Pure and genuine religion in the sight of God the Father means caring for orphans and widows in their distress and refusing to let the world corrupt you.
James 1:27 (NLT2)

I saw James 1:27 on a friend’s blog and initially, the tail-end of the verse jumped out at me and struck me as a great topic to expound upon. Then as I was looking at how the verse read in various translations, I became aware that there is another great topic to address as well. So get ready for a double whammy! 🙂

The reason these two topics jumped out at me is because they are personally relevant to me – as are the majority of topics I write about. God’s Spirit often nudges me as if to say, “Did you catch that, Karl? This applies to you and where you’re at today. You might want to give this more than a cursory overview. You might find it helpful to go a little further and deeper as to how this applies to your life and walk with me.”
I wanted and needed to share that with you, so that you would know that I’m not “preaching” to anyone. Rather I am simply sharing what God’s Spirit is impressing upon my heart — showing me where I fall short and what I need to work on.
So, with that said, let’s dig in! 🙂

One of the more ‘frequent’ statements I hear people say is, “I’m spiritual, not religious”.
In all honesty, the majority of people making this claim are stating that they do not attend church services or hold to common Christian beliefs and practices (traditions). Usually this is due to some sort of misunderstanding and/or a bad personal experience. Some of it is due to flat-out rebellion to the basic moral tenets and standards that God requires of us. Unfortunately, this has affected certain religious groups/churches in a manner that has resulted in a watering down and/or dumbing down of the Gospel Message — in order to hold people and/or to draw people back “into the the fold”.
I would be willing to venture that the latter is the most prevalent factor and that most of those who profess and maintain that they are “spiritual not religious” have never truly studied the Bible with the aim of gaining a better knowledge and understanding of God and the reason for the high moral standards he has laid out for us.
It is not difficult to understand why. Simply consider how a young child ‘acts-out’ when told that they must “tow-the-line” or suffer the consequences. The younger the child, the more emotional the outburst against what they perceive as being harsh and unacceptable. The older the child, the more intricate, defined, and subtle the rebellion becomes. As adults, we believe we have the right and privilege to live our life in complete autonomy. Taking responsibility for our actions and lifestyle is perceived as being optional, not required. Therefore when it is suggested to us that regardless our worldview, we will ultimately be held responsible for how we have lived our life and will come to realize that God’s justice will be served, it is shrugged off as being old-fashioned, mythical nonsense.
In all truth, each and every one of is religious. It is simply a matter of which we religion we choose to practice — be it self-centered or God centered.

Unspotted from the World

As my pastor and mentor is fond of saying, “Here’s where the rubber meets the road.”
To get a somewhat better understanding, let me share with you how a few other translations word the last part of this verse…

No matter how it is worded, this has been the most difficult part of my journey to maturity and oneness with God in Christ. I’m not sure why. I have my ideas, theories, and excuses. Yet, even in light of the eternal consequences that God promises will befall on the rebellious and disobedient, and even though I know and realize how much it cost to have all my rebellious acts forgiven, I still find myself powerless to resist and abstain from “all that is in the world—the desires of the flesh and the desires of the eyes and pride of life” (1 John 2:16 ESV).
I can take some solace knowing that we all struggle from one degree to another at turning a blind eye toward the distractions from without and putting to death the temptations from within. I don’t think we are as honest and open about our various struggles as we could and should be — and I know it is because as soon as we do open up, we encounter condemnation and rejection from those who act more like “the accuser of the brethren”, than as brothers and sisters in Christ.
Our only hope is the grace of God. May we never give up and let go of God’s wonderful grace. For it is only by grace that we even exist in the first place.
RELATED: